The Cardiff segment of the regional Coastal Rail Trail (the Cardiff Rail Trail) is located along the railroad tracks between Chesterfield Drive and Santa Fe Drive, detouring inland from Coast Highway.

The route for the Cardiff Rail Trail is described below, section by section.

The trail starts at the Chesterfield/101 intersection

A separate SANDAG project in 2018/2019 made significant improvements to the intersection of Chesterfield Drive and Coast Highway, creating a pedestrian and bike friendly crossing over the railroad tracks and Rte. 101 that also links to the Coastal Rail Trail (and brings the new trail into the community of Cardiff).

The safety improvements to the Chesterfield intersection also led to a recent designation as a Federal Railroad Administration "quiet zone". Trains now glide through the intersection without blasting their horns. 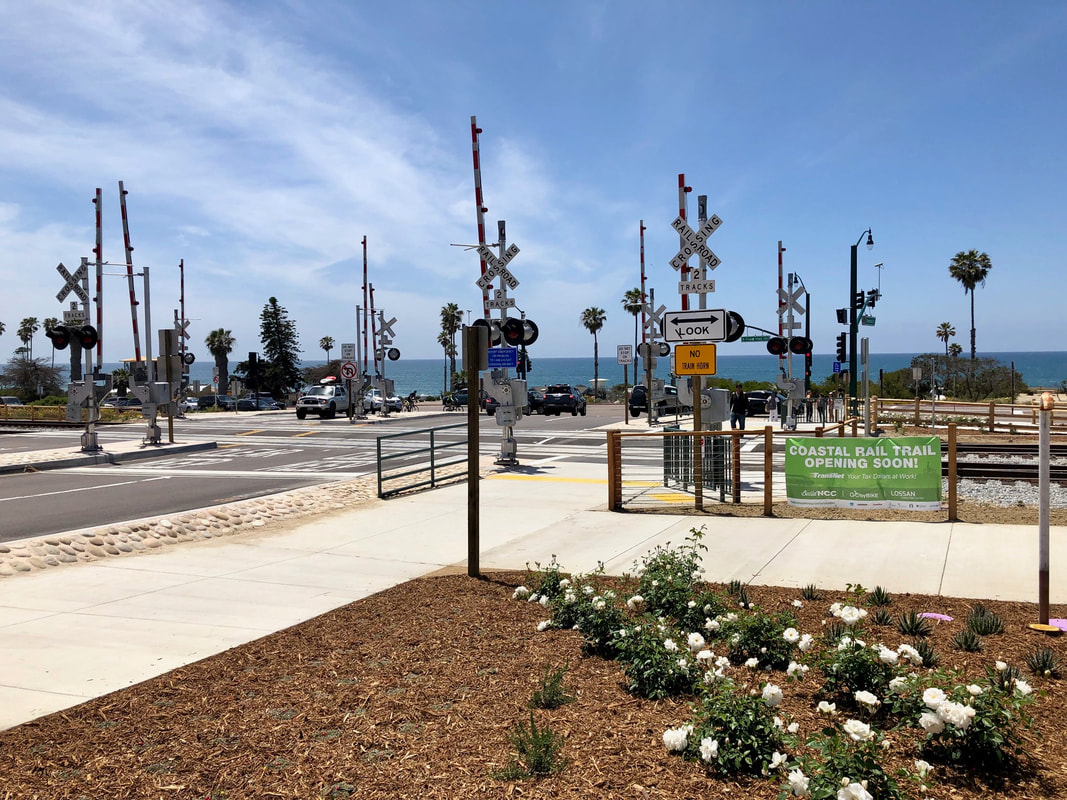 From Chesterfield Drive up to Verdi Avenue, the trail is completely separated from San Elijo Avenue

The mixed-use trail is ideal for cycling, walking, and running and is accessible to all (ages 8 to 80). A four foot post and cable fence separates the trail from the tracks (at the insistence of NCTD, or North County Transit District, who owns the railroad right-of-way and plans to fence off the entire rail corridor over the coming years).

​The trail winds through the natural environment between Chesterfield and Verdi. 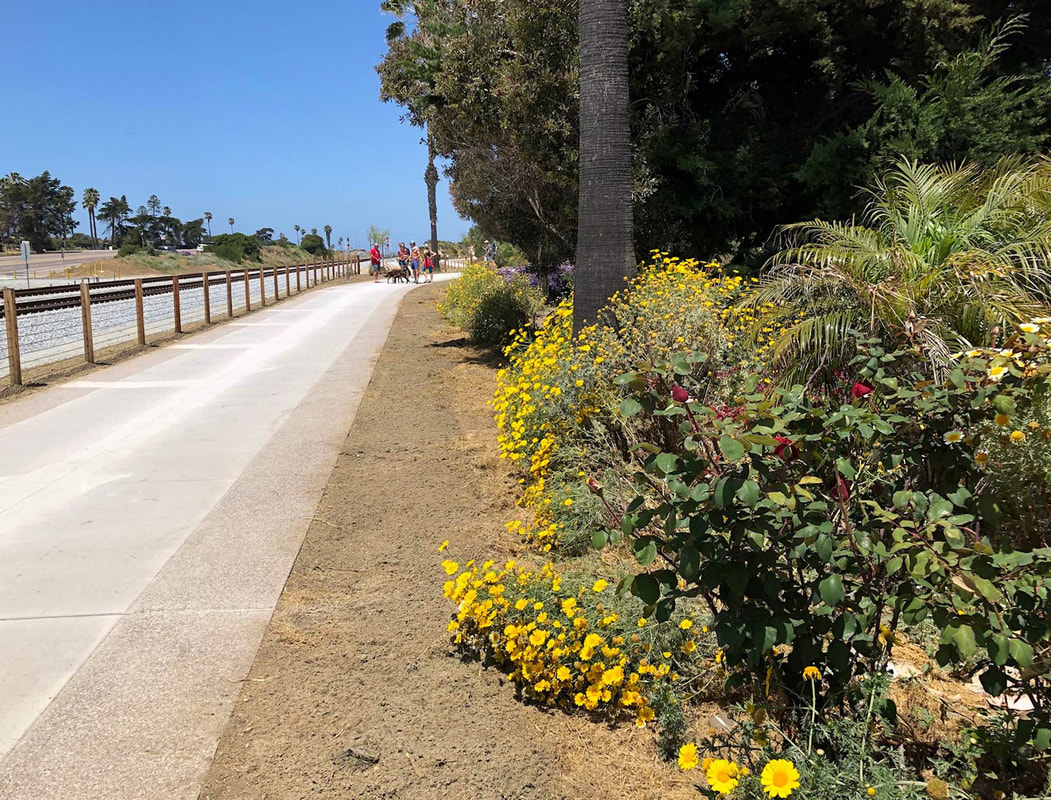 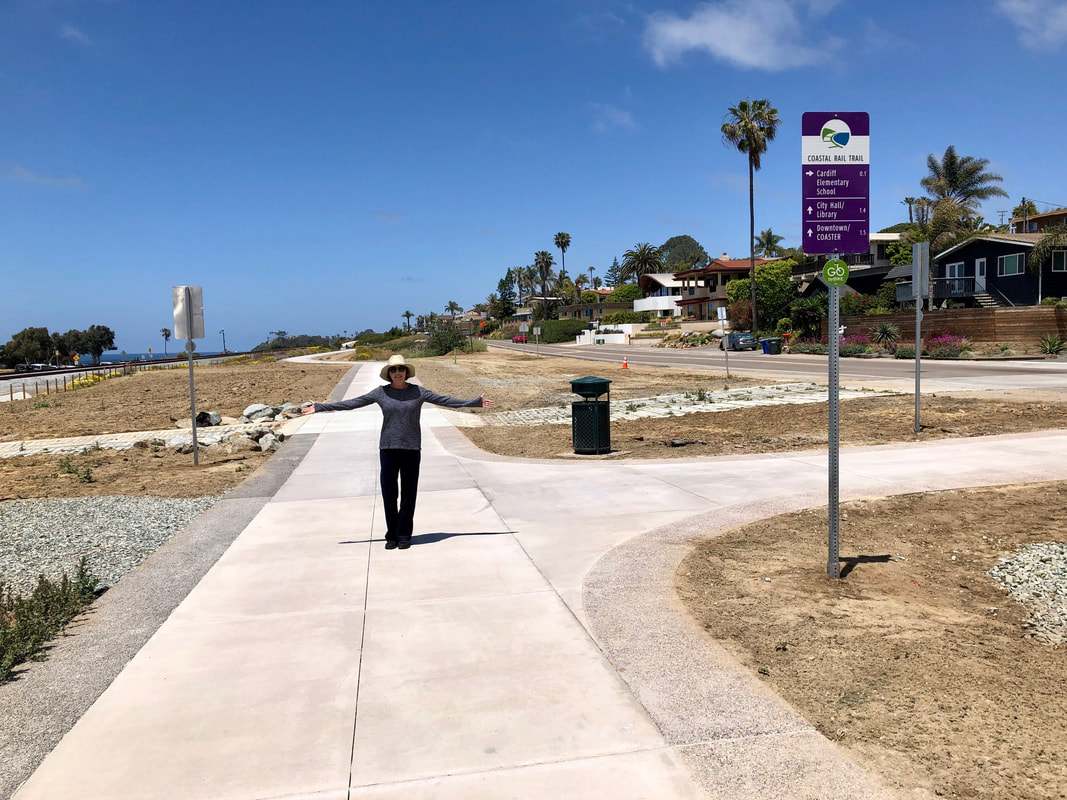 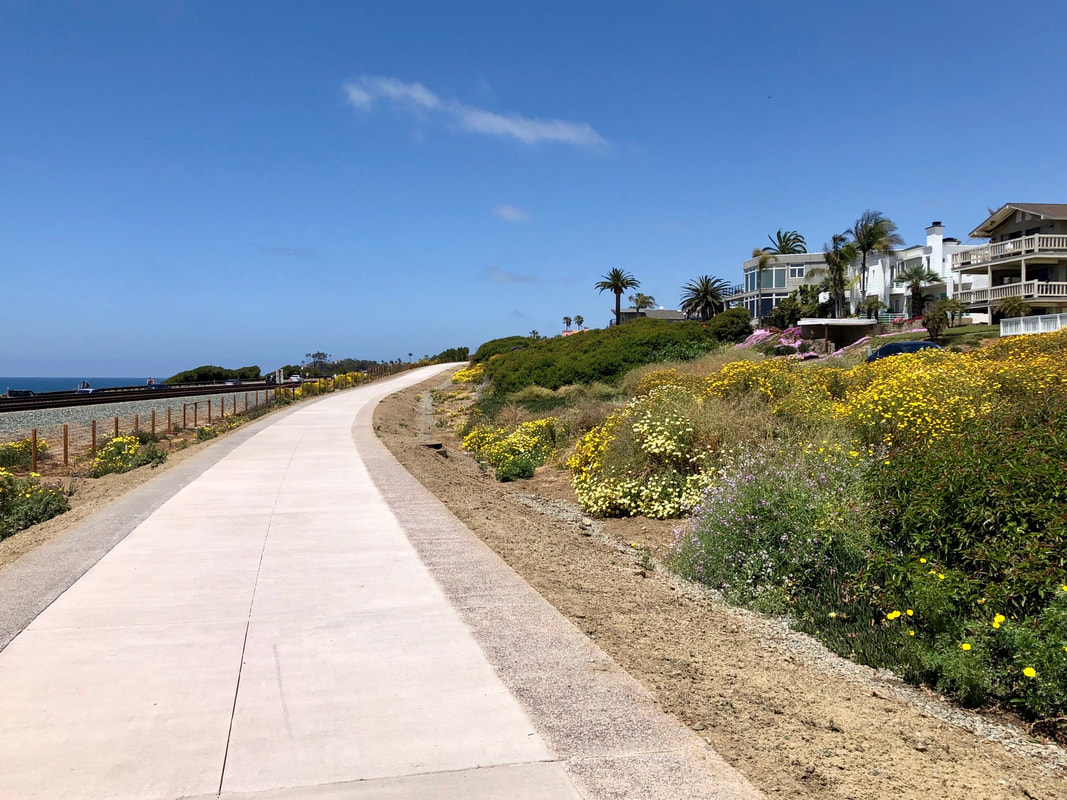 At Verdi Avenue: A pedestrian undercrossing will provide safe and legal beach access for Cardiff residents

To address the critical community need for beach access, the Encinitas City Council has approved $1.7 Million in funding for the design of a pedestrian undercrossing at Verdi Avenue, which will be accompanied by a traffic light and crossing on Coast Highway. The rail trail will connect this new crossing to the other crossings at Santa Fe and Chesterfield, creating a network of trails and crossings that make it easier for residents to get to the beach without taking their lives in their hands. A pedestrian activated traffic light will be added to Route 101 as part of the crossing project.

North of G Street and south of Santa Fe Drive, the trail runs along the bluff alongside San Elijo Ave

The current unimproved dirt parking lot on the shoulder of north San Elijo Avenue will be replaced by the new trail along with a new parallel parking lane (with the trail separated from the road and the parking lane). Retaining walls will be built along some stretches of San Elijo to halt erosion which is continuing to shrink the bluff top every year.

​The combination of the trail and the new parallel parking lane will eliminate serious pedestrian and bike safety issues that plague this part of San Elijo Avenue. Pedestrians and riders are often forced to detour into speeding traffic to get around vehicles parked at 90 degrees or at a slant. 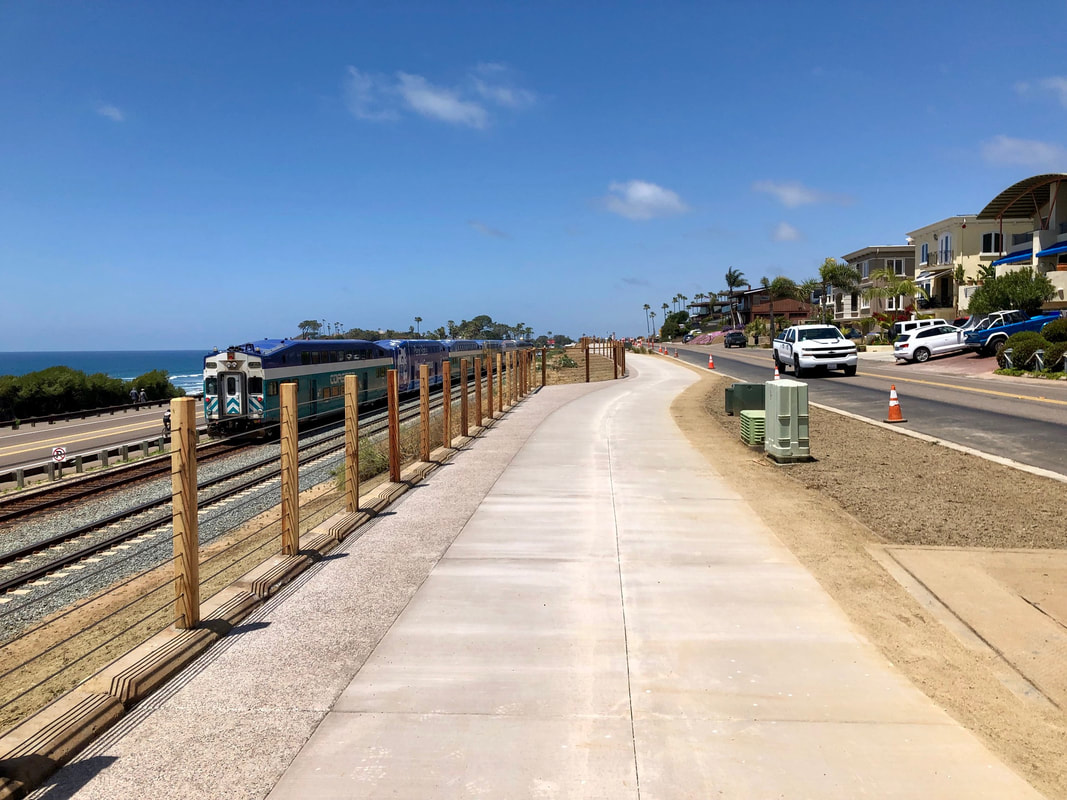 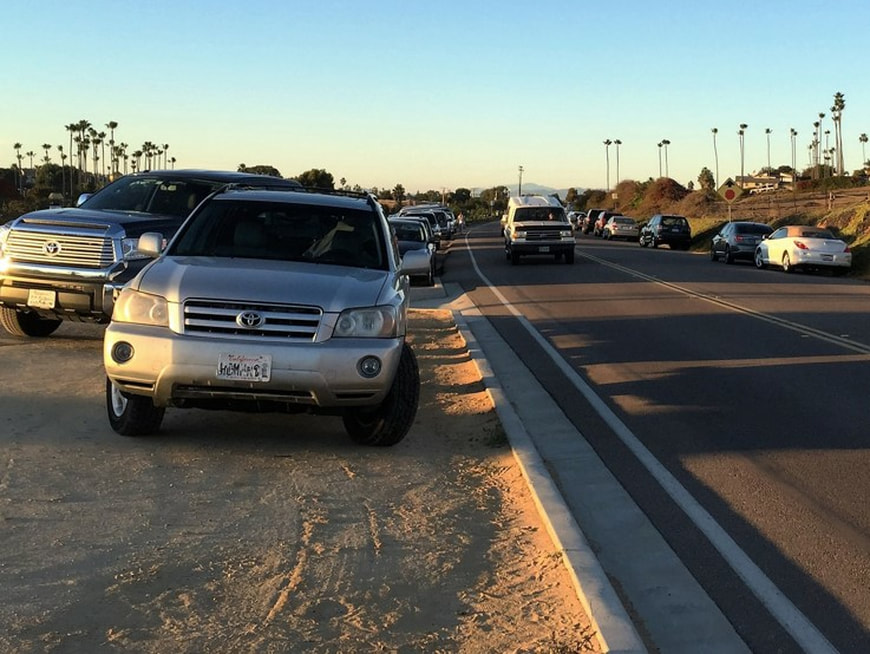 At Santa Fe Drive, the trail connects to the pedestrian underpass that was built in 2013

The $6MM underpass at Santa Fe Drive built in 2013 includes a traffic light and pedestrian crossing to the other side of Route 101 and provides a gateway from the new rail trail to Swami's Beach and downtown Encinitas.  Santa Fe Drive (running east to west) is also a well traveled pedestrian and bike corridor, so this new accessible connection to the rail trail opens up Cardiff to other parts of Encinitas including the Highlands. 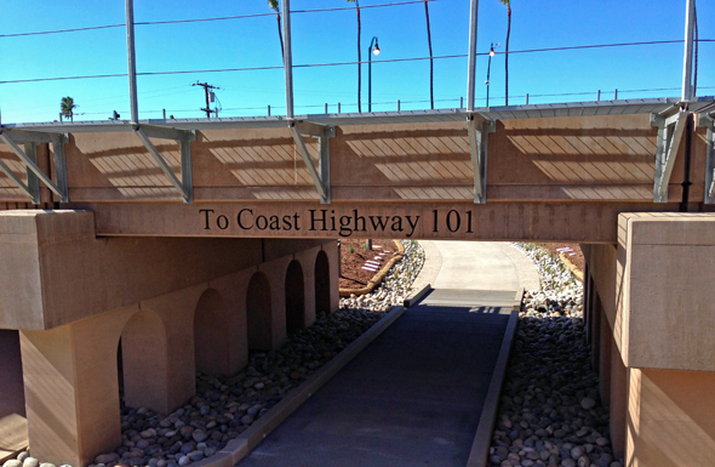